Watching the latest TV shows and movies is a great way to veg out at night.  But isn’t there a better way to pay less for cable and movies?

Cable companies are well aware of our cultural obsession with the television, and have responded by really sticking it to us in a very bad way.  In a recent article in Time, they reported that cable prices have increased by 4 times the rate of inflation over the past two decades.

4 times?  How ridiculous?  That’s really going to eat into the ole household budget!

The problem, however, is that we continue to keep on renewing our services every month with no end in sight, no matter what they charge – literally!

That is … until you read a couple of the suggestions that I’ve got in store for you.

Here’s how to pay less for cable and movies using 8 hacks that have saved me a ton of cash over the years!

First off: Understand it’s in the interest of the cable companies to have you sign-up for as many of their services as possible.  These would be things like your cable, Internet and phone.

If you don’t believe me, just look at any of their introductory offers.  The best deal is pretty much always when you bundle (and keep) all three.

Why?  Because then you’re buying three services from them instead of one or two.

So therefore, play into their greed!  If you don’t already have all three of these services through the same provider, call them up and see what kind of deal they can give you if you make the switch!  With some of the prices I see advertised, consolidating them with one company will probably make the most sense.  Most packages will start at around $100.

Just make sure that 1) you don’t have to pay some enormous cancelation fee with someone else if you make the switch, and 2) that they can lock that rate for as long as humanly possible.  I’m talking 36 months if possible – ask and you shall receive!

Cable companies love to play games with us to keep us hooked.

They start off offering you these wonderful introductory rates for 12 months.  Then, after a year once they’ve got you hooked, they increase your price – sometimes double what you were paying the first time!

Well, here’s the thing I’ve learned over the years about cable companies.  Similar to the cell phone companies, they HATE losing customers!  And they will literally do anything to keep you.

So if you’d like to continue keeping that wonderful promotional rate, here’s what you need to do:  Find an online offer from a competitor for approximately the same level of service.  Call up your cable provider and tell them that you’re thinking about switching.  Mention the competitor and their deal, and see if the representative can  match it or switch you back to the promotional rates.

If they can’t, then its time to play hard-ball!  Ask to be sent to the cancellation department.  Once you’re there, do the same thing with the second representative.  Usually this person is the last line of defense for the cable company before you’re really going to cancel, and they will be more apt to switch you back to the lower, cheaper rate.

I’ve used this trick for over a decade to get an incredible rate on my cable service, and its worked wonders!

Plus: Many times they will be willing to sweeten the deal by throwing in a few premium channels like HBO, etc.  How great is that?  Free Game of Thrones!

3- Switch to a “Skinny TV” package

If you only watch a minimal amount of TV or find yourself gravitating towards a few choice channels, then try calling your cable provider and see if you can switch to something many people are dubbing the “Skinny TV” package.

A Skinny TV package is where you pick a la carte only the channels that you really want.  Ideally, the overall price will be a lot cheaper than one of the medium-grade standard packages that most of us go for.  Fortune reports prices as low as $35 and $45 per month.  It’s definitely worth a look to see what your provider could offer.

If you find you don’t watch TV hardly at all (maybe except to watch the local news), then why not drop cable altogether?

With most newer TV’s being WiFi compatible, lots of people have decided to go “Internet only” when it comes to their entertainment.  And they say you never look back.

In terms of the news, most channels will now offer you a live stream direct from their website.  You can watch the news on your phone, tablet, or even WiFi TV.  That’s a heck of a lot cheaper than paying $100+ to keep your cable package.

Or another option would be buy an inexpensive indoor TV antenna.  No, these aren’t the “rabbit-ears” things you might remember from the 1980’s.  It’s a small box that looks like another cable box or router.  But it picks up local signals in your area and sends them to the screen.

I think most people can universally agree – the TV shows on premium channel cable are incredible!  Again – “Game of Thrones” anyone?  Need I say more?

The problem comes when you have to pay to upgrade your package to get HBO or some other similar premium channel.  Often times it can cost you an extra $20-$30 per month just to get this service.

So here’s another solution: Instead of paying for that service, why not just rent or buy the show through iTunes or another service?  Yes, you might have to wait a day or two.  But it will cost a whole lot less than whatever the cable company is going to charge you.

And if you’d really like to be frugal (and not explode from anticipation in the meantime), then wait until the entire season is available for download.  Usually as a bundle the price will be substantially lower per episode.

6- Watch more Netflix instead of cable.

Netflix has really taken the movie and cable industry by storm over the last decade, and this could mean very good things for you and your finances.  If you haven’t considered it already, think about whether or not Netflix could replace your cable TV needs altogether.

For one thing, if its movies you crave, then they’ve got a HUGE selection in their library of new and old movies that you’ll enjoy.  Pretty much anything you could imagine is in there, including most popular TV show series as well.

But when it comes to original TV shows, they’re not doing too bad in this department either.  With shows like House of Cards, Orange is the New Black, and Stranger Things (… one of my favorites …), they’ve proven that they can be every bit as creative (or in my opinion sometimes better) than their traditional cable predecessors.

And for a price of about $10+ per month, that’s a whole lot of package for what you get.  Stack that up against the $100+ you’re going to spend on regular TV, and there’s almost no comparison.

7- Use Redbox to rent new movies.

When Netflix first started, they rose to popularity through their DVD by mail service.  You pick the movie you want and they would send it to you.  You could watch it anytime you wanted, and then send it back to get the next one on your list whenever you were ready.  You got all of this for one low monthly fee.

Unfortunately, sometimes life gets in the way of your movie / TV habits, and that DVD would sit on our entertainment center for 2-4 weeks before anyone watched it.  At a price of $10+ per month, that’s a pretty costly rental.

So instead, I discovered Redbox.  If you don’t watch movies that often, Redbox is a great alternative to renting the latest movies.  They currently only charge $1.50 for a DVD.  So if you’re only going to watch one per week, that’s still only $6.

Here’s something most people don’t know: After the first time you use Redbox, they email you like a crazy ex-girl/boyfriend trying to get back with you.  And those emails often contain coupon codes for free movies!

More often than not, I end up paying pennies to watch my movies through Redbox, and its awesome!

The one down-side: You do have to actually drive to the Redbox kiosk and get the movie.  So if its raining or snowing, that can be a bummer.  But you can also minimize the pain by doing everything online before you get there.  I have the Redbox app on my phone so that I can browse any kiosk in the U.S.  I can also do the entire transaction through my phone, so that when I do get to the kiosk I’m in and out in 15 seconds.  Brilliant!

8- Borrow movies from the library for free.

If you’d really like to do things on the cheap, then one of the best suggestions I can make is to look no further than your own public library.

In our town, I tried this and was blown away by what I found.  The library had a ton of brand-new, just released movies, and they were all available to check out for FREE!

Yes, the same movies that I would have paid $1.50 from Redbox or $10 with a monthly subscription to Netflix were waiting for me just down the street at the local library.  And all I had to do was go there and check them out for free.  What a terrific service!  I can’t really think of a better way to save money on something than to get it for completely free.

This site uses Akismet to reduce spam. Learn how your comment data is processed. 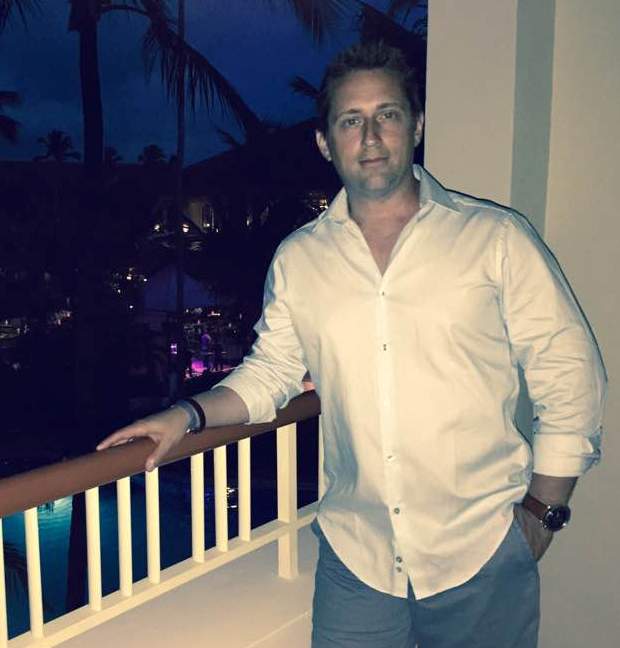 Hello! Welcome to 1,000 Ways to Save. My name is DJ, and the guy behind this blog. Click Here to Read More! More Ways to Save! 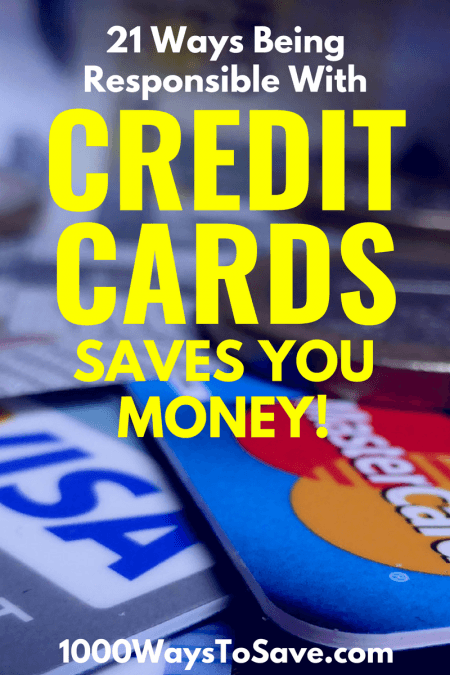 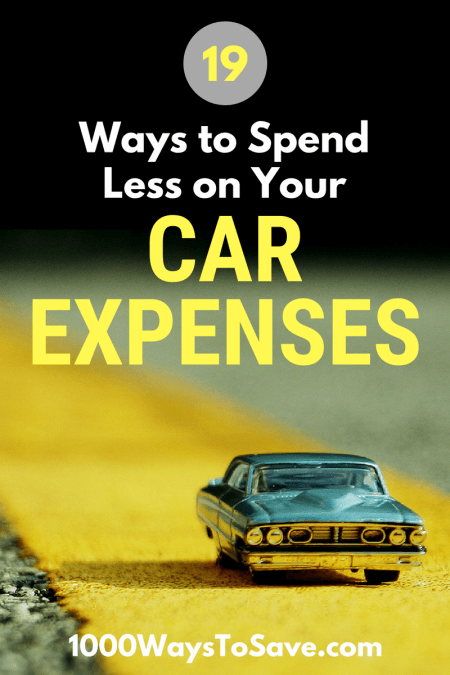 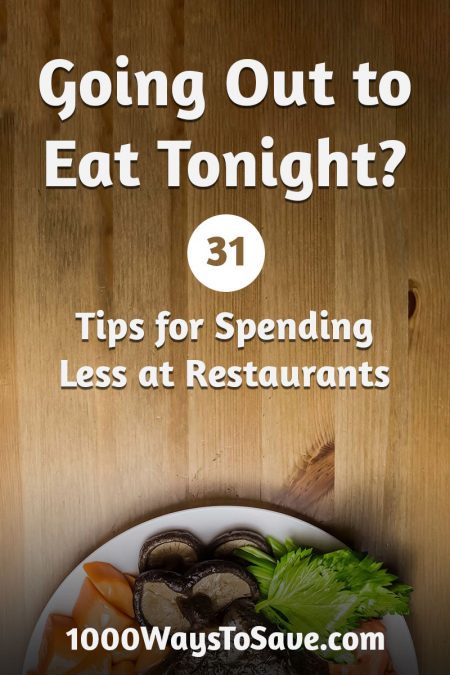 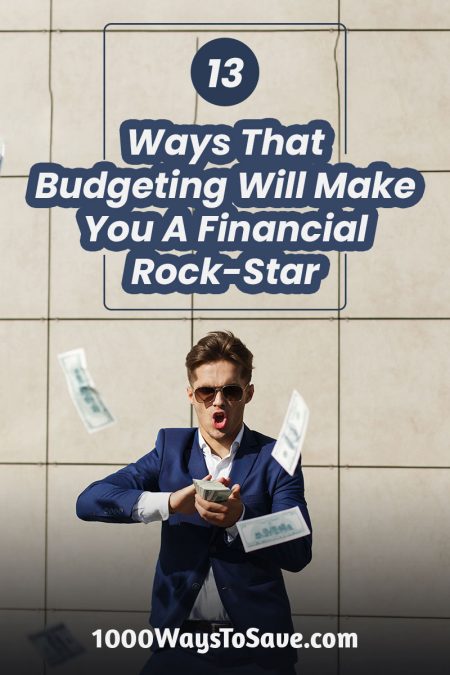 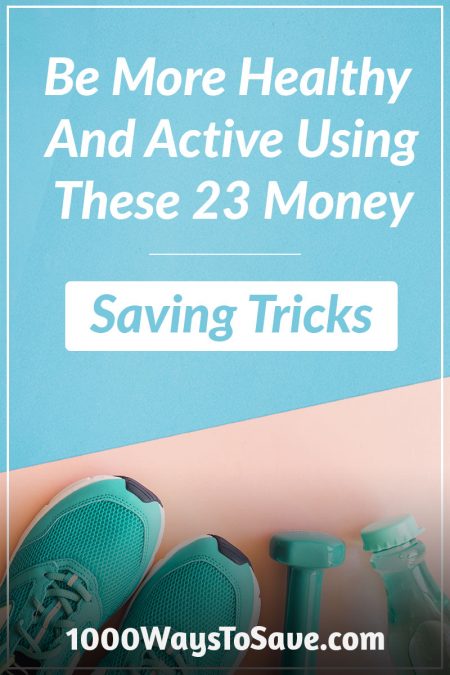 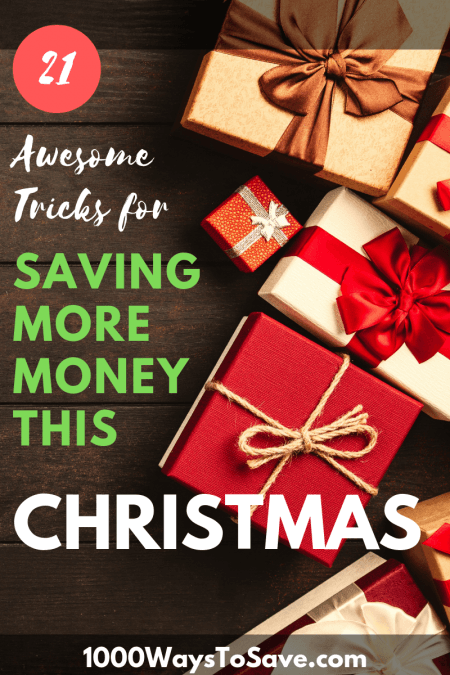 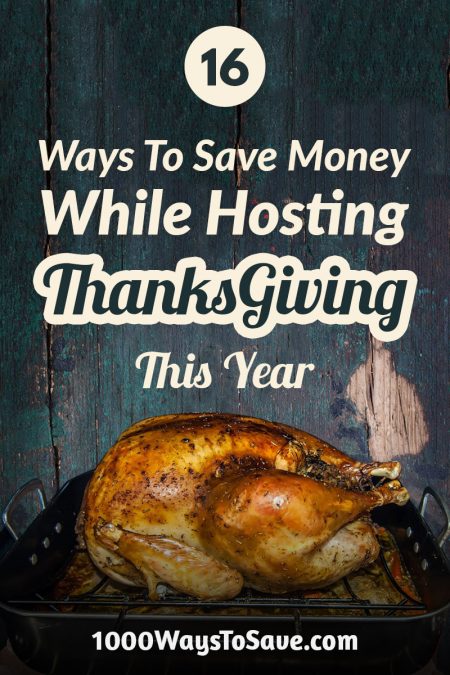 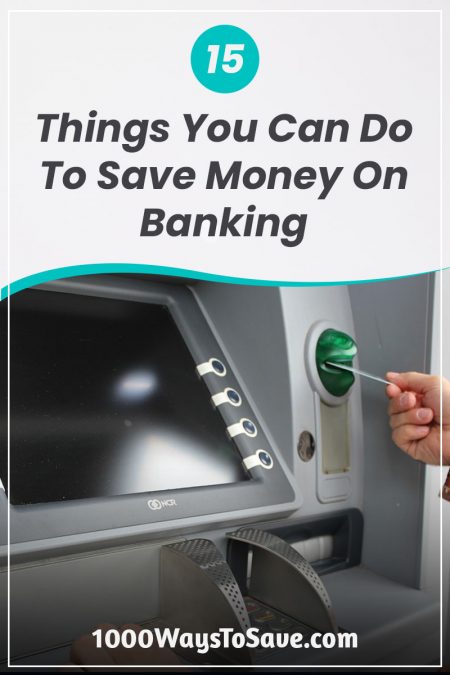 Disclaimer: 1,000 Ways to Save is for entertainment and reference purposes only. We are not licensed financial professionals. The work here is the opinion of the author and should not be interpreted as an endorsement for specific investments, products, or services. Always seek the advice of a true professional when you need help.

Affiliate Disclaimer: Some of the links on 1,000 Ways to Save may lead to compensation for affiliate relationships with advertisers such as Google Adsense, Amazon Associates, and other third party interests.

Any cookies that may not be particularly necessary for the website to function and is used specifically to collect user personal data via analytics, ads, other embedded contents are termed as non-necessary cookies. It is mandatory to procure user consent prior to running these cookies on your website.